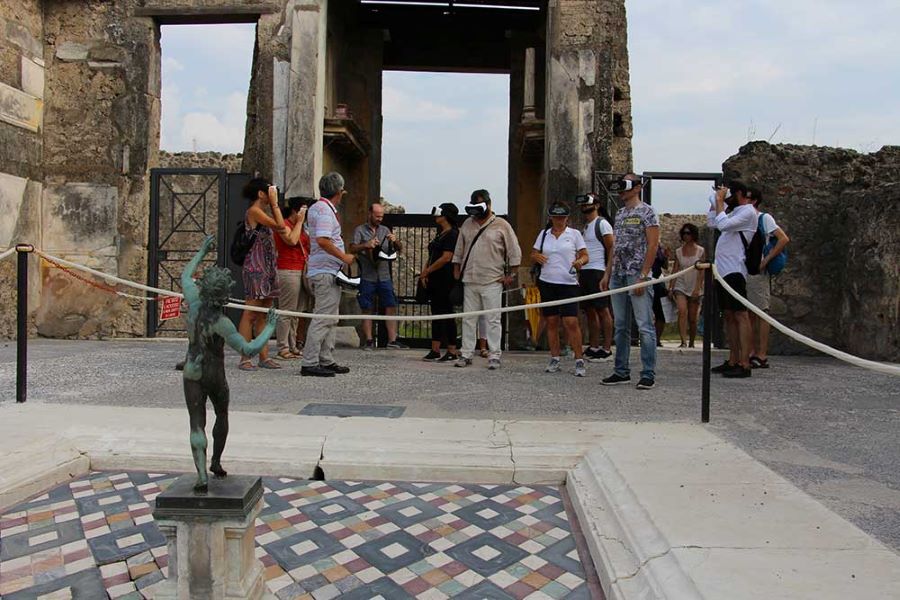 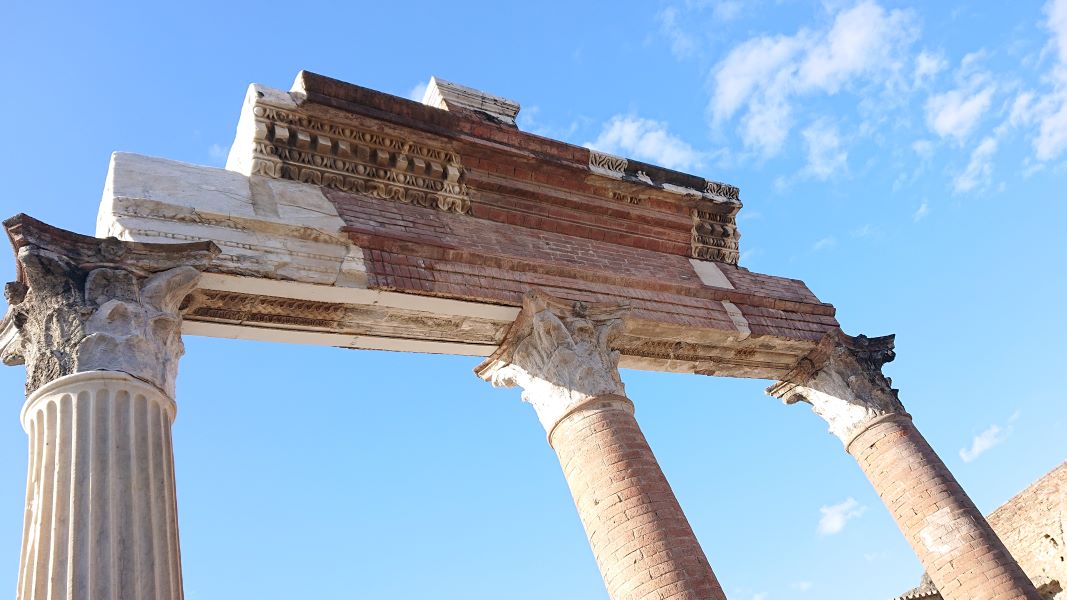 We tried the Virtual reality Tour of Pompeii.

The astonishing beauty of the ancient Pompeii it is uncovered by a fantastic guided virtual reality tour, in which the technology opens the gates of Time. It is a unique experience in which History and Future merge together, in a dimension made of imagination and reality.

We discovered and enjoyed the ruins of ancient Pompeii under the guidance of a local guide enriched by an
amazing 3D virtual reality experience.
The VR headsets will made us travel back in time, to visit some of the most important attractions
of this ancient city, and to make us “feel” a Roman among Romans.
We looked at the scenery as it was at the time of its greatest beauty, rebuilt in computer graphics
with a very high visual quality.
We admired the Forum, centre of the city life, and the imposing Basilica. They took us to the
beautiful Baths, the House of the Faun and the Bakery. They gave us the opportunity to witness
the gladiators training in the Quatriportico, and the theatrical performance in the Great Theatre. We
also experienced the nightlife around the Lupanar (brothel).

Hurry, 79AD is now waiting for you!

Absolutely recommended by Luca and Rita

Yesterday we tried a Private Boat Trip around Capri and…

Categories
Tags
Tried and True (2) We were there (1)
Follow Us
Follow us on social media to stay on track with the latest news.
Recent Posts